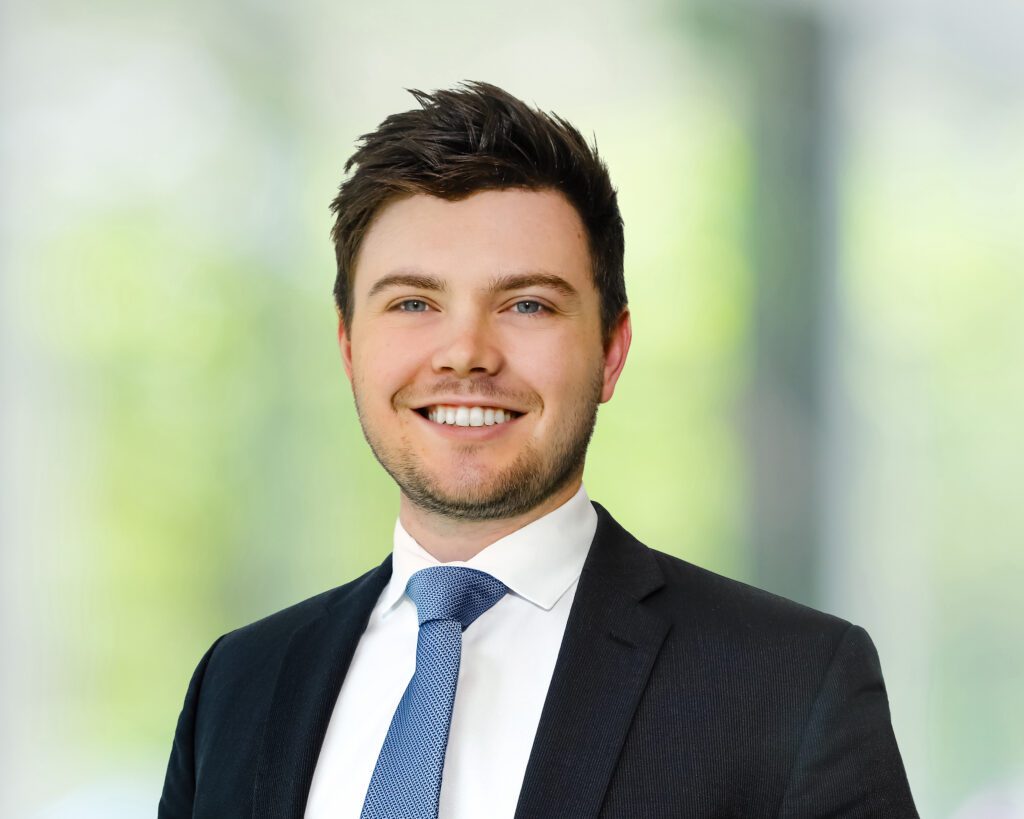 Colin C. Quinn is an associate attorney with Bremer Whyte Brown and O’Meara in its Arizona office. He is admitted to practice in Arizona, Colorado, and the United States District Court of Arizona. Mr. Quinn’s focus is primarily on real estate and construction law, however, he also handles general liability law and business law matters. Mr. Quinn graduated from Belmont University College of Law in Nashville, Tennessee, where he received the Bruin Scholarship and was named to the Dean’s List. Prior to law school, Mr. Quinn graduated magna cum laude from Barrett, The Honors College at Arizona State University majoring in Marketing and Business Management.

Before joining Bremer Whyte Brown and O’Meara, Mr. Quinn honed his litigation skills working for an Arizona insurance defense law firm handling both construction law and general liability law matters. During that time he defended the interests of clients before the Arizona Court of Appeals, drafting an appellate brief in a complex, multi-party construction defect proceeding.

During law school, Mr. Quinn served as the Content Editor for the Belmont University Entertainment Law Journal. During that time Mr. Quinn’s note Music in the Middle of a Firefight: Electronic Dance Music and the Fight Between Enforcing Copyright Law and Its Constitutional Foundation, was published in the inaugural volume of the Belmont Entertainment Law Journal. He also served as the Captain of Belmont University’s Moot Court team, competing successfully in multiple national competitions. Mr. Quinn also served as a research assistant to Professor Kristi Arth, aiding in researching modern privilege law for the creation of a bench book in the State of Tennessee. While in law school Mr. Quinn interned for the Honorable Kelvin D. Jones at the 8th Circuit Court for the 20th Judicial District Serving Davidson County Tennessee. He also has experience working in the National Hockey League (NHL) with both the Nashville Predators and Arizona Coyotes in their legal and public relations departments, respectively. As an undergraduate at Arizona State University, Mr. Quinn successfully defended his Honors Thesis “Creating the Most Marketable Hockey Team.”

Mr. Quinn was born and raised in Phoenix, Arizona. He is a lifetime hockey player playing at the highest amateur level in the state of Arizona, playing against current and former NHL players. In his spare time, Mr. Quinn is a hockey coach for local high school and youth programs in the Valley. He also enjoys golfing, traveling with his fiancé, and spending time with him and his fiancé’s dog Knox.