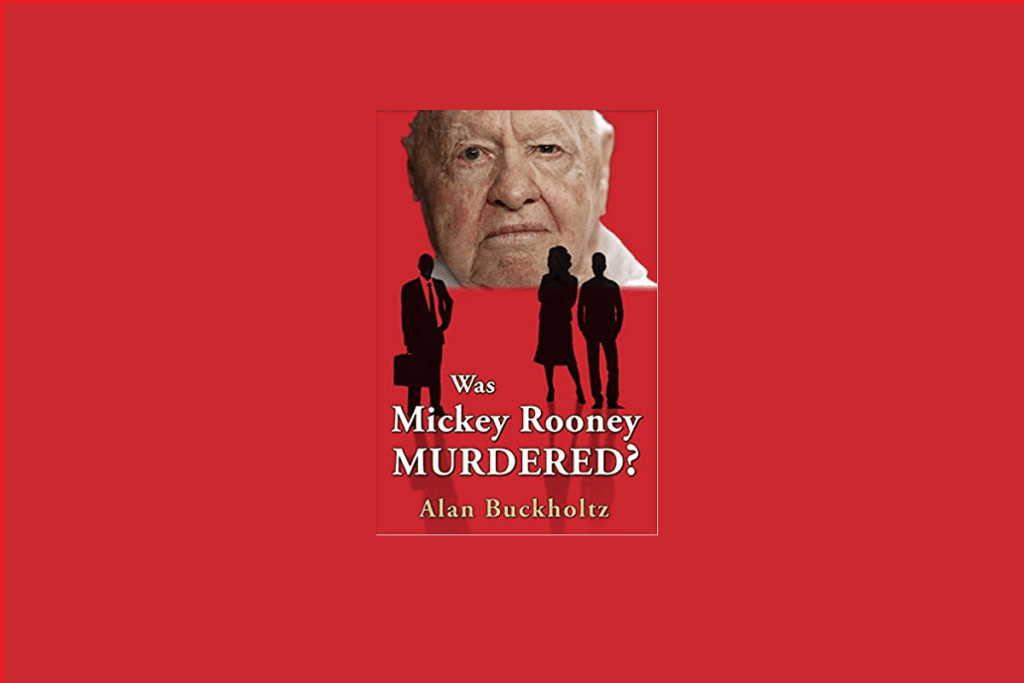 Insurance defense is not among the most glamorous of the sub-sets of the legal profession.  While we work hard to build relationships with our clients, we get retained by an insurance company or their third party administrators, and we meet our clients for the first time at that point.  We engage with our clients, and give them confidence and comfort.  In the end, most cases settle, and the relationships often end there, or continue the next time that the client gets sued.  Sometimes it seems mechanical.

But once in a while a case comes along with meaning far greater than the traditional. Maybe it is a case with a client whose livelihood depends on a result, or one where liability is potentially great, although insurance coverage is razor thin.  Or, in the even rarer of circumstances, we have a case with social and/or public interest.  A few years ago, Bremer Whyte had one such case.  That case is entitled Mickey Rooney v. Chris and Christina Aber.

Everyone knows of Hollywood legend Mickey Rooney.  He lived a life of fame, rarely separated from the public eye.  At the end of his historic life, Rooney remained in the spotlight, but for a far less illustrious reason.  As Mickey Rooney entered the final chapter of his story, his life was hijacked by a concocted tale of elder abuse against Mickey’s wife of over 30 years, Jan, and his right hand man and personal assistant for 30 years, his other son in law Chris, spearheaded by the internationally renowned law firm of Holland & Knight.  This firm masterminded the appointment of a conservator, the filing of restraining orders and engaged in conduct which resulted in separating Mickey from Chris and Jan, Mickey’s grandchildren, and Mickey’s long time home.  Eventually, Rooney, through his so called conservator, sued Chris and his wife Christina for elder abuse and embezzlement.

Holland & Knight’s plan was not unique.  Sue a financially weak defendant and employ overwhelming legal force – a powerful law firm looking for accolades and positive press suing a couple whose sole income was previously derived from being Mickey’s personal assistant.  It was quite simple, really.  Chris and Christina had no financial wherewithal to fight the mighty Holland & Knight, whose connections ran so deep that they had Mickey testify before the United States Senate on the issue of his alleged elder abuse.  How could Chris and Christina possibly defend against that?

The answer came when Chris spoke with John O’Meara of Bremer Whyte Brown & O’Meara in a church parking lot.  They told John their story, and BWBO agreed to defend them, even though Chris and Christina did not have the financial capital to fight against the prestigious Holland & Knight.  That all changed when Farmer’s Insurance Company accepted BWBO’s tender of the defense of Chris and Christina through their homeowner’s insurance policy.  Now, Chris and Christina had a powerful law firm of its own, with a named partner at the helm, and an insurance company paying the bills.

We will not go through the sequence of events to follow, other than to say that every move by Holland & Knight was followed by a press conference and a press release.  BWBO, on the other hand, stayed silent.  Despite getting requests for interviews from CBS, NBC, ABC, BBC, TMZ, CNN and others, and being asked to fly to New York to appear on both The Early Show and Good Morning America, O’Meara declined.  While such exposure certainly would have been of benefit to BWBO, it would not have been of benefit to Chris and Christina, who were presented in the news as the evil elder abusers of a historic national treasure.

In the end, Holland & Knight made a strategic legal blunder, BWBO seized on it, and Chris and Christina received dismissals and releases for the payment of no money, and with no admission of liability, despite the fact that Holland & Knight, true to form, sent out a press release claiming victory.  BWBO simply took the win and quietly let the matter die.

Mr. Buckholtz has now published a book entitled Was Mickey Rooney Murdered, wherein Mr. Buckholtz, a former prosecutor with the Los Angeles County District Attorney’s office, chronicles Mickey’s last few years, and the law suit, including the part that BWBO played in the dismantling of the case and its eventual dismissal.  You can contact us at info@bremerwhyte.com to have a free copy of the book shipped to your address! The story is fascinating, and Mr. Buckholtz tells it simply.

Mickey Rooney v. Chris and Christina Aber was the most publicized elder abuse case in United States history.  While the case was going through the litigation process, according to one television producer who tried valiantly to obtain exclusive interviews from O’Meara, the case was one of the top ten trending stories in the world.  Mr. Buckholtz’s book is worth a read, and BWBO remains honored to be the legal team that successfully represented Chris and Christina Aber.