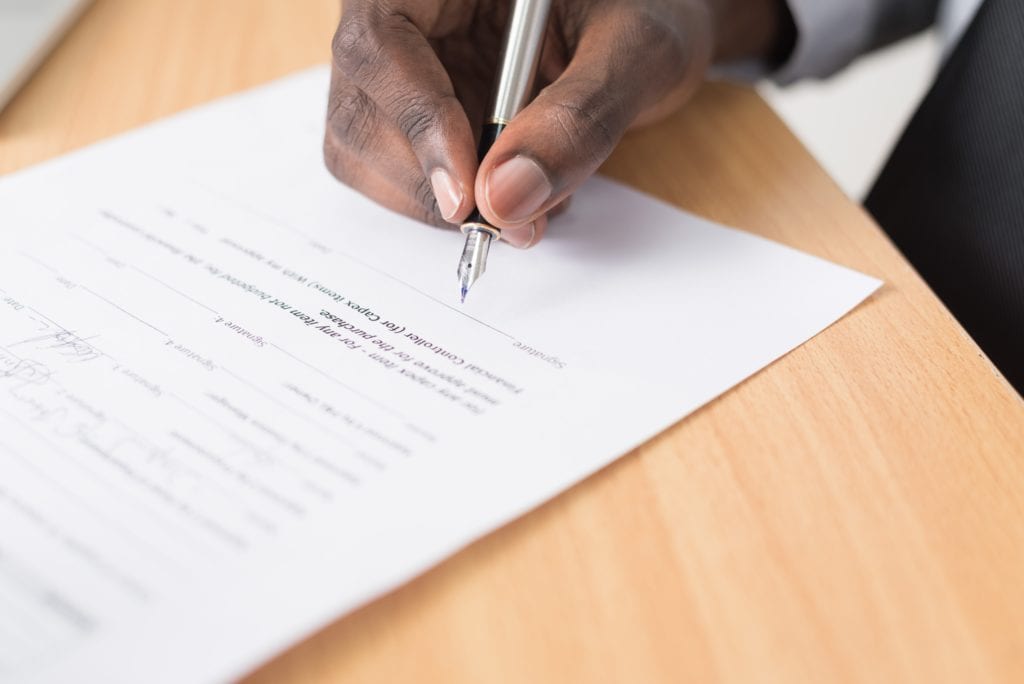 Generally, the law obligates informed, mature adults to keep promises made in the context of a contract. This article addresses four steps to take in the event that such a promise is broken.

The first step is to determine whether a contract has in fact been formed. In doing so, you will need to answer the following questions:

If the answer to each of these questions is “yes,” then it is likely that a contract has been formed, even if there is no written documentation thereof. Still, parties to a contract should be aware of potential pitfalls. For instance, even if consent is apparent from the face of the alleged agreement, such consent is not real if obtained through mistake. In a seminal court case from Great Britain, the parties agreed that cotton would be sold via a ship named “Peerless” from Bombay. However, the buyer and seller each had a different “Peerless” in mind at the time the agreement was reached. Due to the mutual mistake, the court held that no contract was formed.

The second step is to determine whether the party who breached the contract has any defenses that would make the contract voidable. One common defense is based on the “statute of frauds,” which prevents a court from enforcing certain types of contracts in the absence of a written document or memorandum signed by the party against whom enforcement is sought. Likewise, courts may not enforce a contract where consent was obtained through fraud or negligent misrepresentation of a material fact. Some contracts are found to be unenforceable due to “unconscionability,” which can arise where there is unequal bargaining power between the parties or the lack of a reasonable opportunity for a party to understand the terms of the contract.

Certain circumstances may excuse a party from his or her obligation to keep a contractual promise. For instance, if one party tells the other that he changed his mind and no longer plans to carry out the terms of the contract, then the other party may be excused from keeping his end of the bargain as well. And if performance of a contractual promise becomes impossible or impracticable due, for example, to the death of a party, then the entire contract may be found to be unenforceable.

The third step is to determine whether the contract was breached. This may seem straightforward. However, where the contractual terms are ambiguous, difficult issues of interpretation may arise. In deciding what the words of a contract mean, a jury must consider the usual and ordinary meaning of the language, and the jury may sometimes consider the circumstances surrounding the formation of the contract.

The fourth and final step is to determine how to enforce the contract. Sometimes, a court will order “specific performance” by requiring the breaching party to perform his or her end of the bargain. However, specific performance has historically been considered an extraordinary measure, to be used only if other forms of relief are inadequate.

The most common remedy for a breach of contract is monetary damages, which are calculated in an amount sufficient to compensate the moving party, usually by putting him or her in as good a position as she or he would have been if performance had been rendered. The moving party must prove that, when the contract was made, both parties knew or could reasonably have foreseen that the harm to be compensated was likely to occur in the ordinary course of events as a result of the breach of contract.

For legal advice regarding a breach of contract, or for assistance gathering the evidence necessary to support your position, please contact us today and request a consult with an attorney.