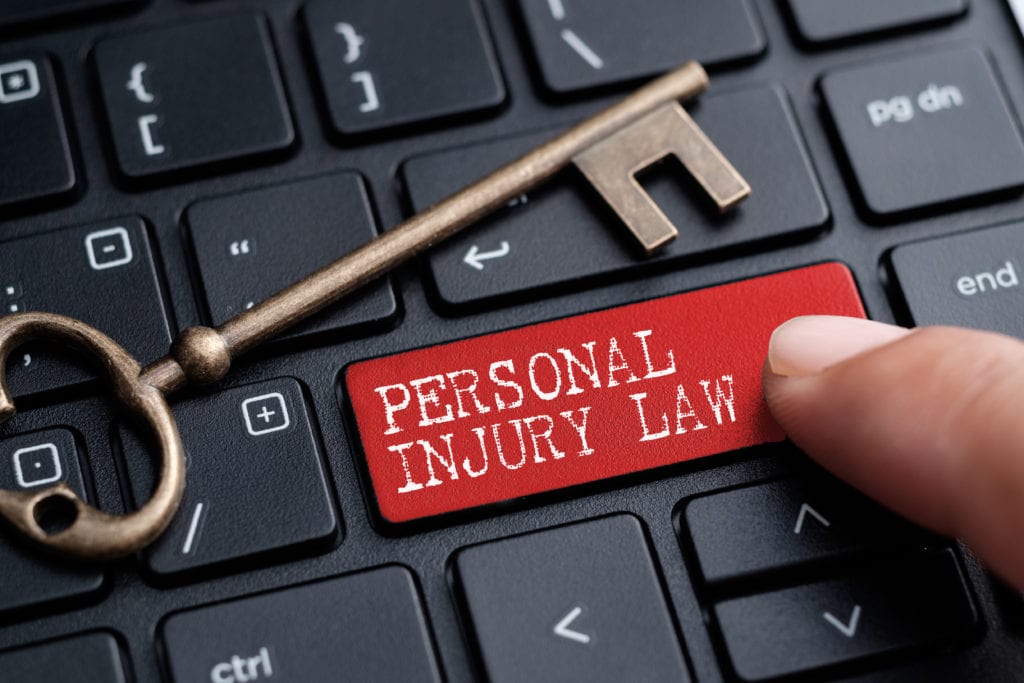 Essentially, a personal injury is when an individual is hurt during an accident. Whether driving on the road, walking down the street, or sitting in a chair, accidents happen.  When there is an accident, medical treatment may be necessary. Individuals who sustain injuries usually seek compensation for their medical treatment and pain and suffering in the form of a personal injury lawsuit.

Personal injury lawsuits can result from a variety of claims including negligence, strict liability, or intentional torts.  Yet, for the most part, personal injury lawsuits tend to arise from a claim of negligence. The individual or entity injured in the accident, “Plaintiff”, files a lawsuit against the individual or entity, “Defendant” who allegedly caused harm. Personal injury lawsuits resulting from claims of negligence tend to have two main components: liability and damages. Yet, in order to prevail in a suit for negligence, a Plaintiff must demonstrate the following: (1) a legal duty to use due care, (2) a breach of that duty, (3) a reasonably close, causal connection between that breach and Plaintiff’s resulting injury, and (4) actual loss or damage to Plaintiff. Wylie v. Gresch (1987) 191 Cal.App.3d 412.

First, a finding of negligence rests upon a determination that the actor has failed to perform a duty of care owed to the injured party. Ronald S. v. County of San Diego (1993) 16 Cal.App.4th 887. This means that an individual or entity must act reasonably to avoid injuring others.  When an injury occurs, a Plaintiff will generally argue that an individual or entity breached a duty owed to them.

Second, liability is incurred when a person at the time of the negligent act or omission should have reasonably foreseen that such act or omission could result in damage to another. This means the individual or entity causing the harm should have known their conduct would cause harm to others. In a personal injury lawsuit based on a claim for negligence, the individual or entity causing harm generally cannot foresee that their conduct will cause harm.  Yet foreseeability is determined based on the facts and circumstances applicable to each case.

Third, to establish liability against a party, a Plaintiff must prove that the breach of a duty is a substantial factor in bringing about the injury, damage, loss, or harm. Mitchell v. Gonzales, 54 Cal. 3d 1041 (1991). It is a relatively broad standard requiring only that the contribution of the individual cause be more than negligible or theoretical. Bunch v. Hoffinger, 123 Cal. App. 4th 1278 (2004). This is where it becomes difficult for a Plaintiff to prove his or her case.  In personal injury lawsuits, there can be a significant number of factors leading to a Plaintiff’s injuries. When this occurs, a Plaintiff must be able to show that it is more likely than not that the conduct of a Defendant was a substantial factor in causing a Plaintiff’s injuries.